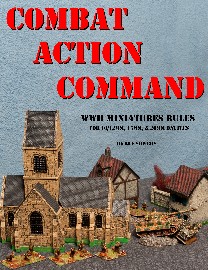 Combat Action Command simulates a platoon, several platoons, or a force as large as a company battling another platoon or company. While I participated in company-level training maneuvers with the US Marines, I never fought in WWII or anywhere else, so what I know of those wars is only what I've read in books, watched in documentaries, and seen in movies and TV shows. I wanted a game that would recreate those passages and scenes. CAC was created as a tool for gamers, historians and the military to simulate and study small unit combat -- and to have fun.

CAC is more of a simulation than a game, so I encourage people to test its limits and try new things. If you discovered a special Team in a book without stats in CAC, perform a little do-ityourself analysis of other Teams' stats and create the stats for that special Team. For armor, take the effective armor and actual penetration, divide by 5mm, and include a subjective allowance for defects -- such as the early Panther's turret shot trap or the Sherman 'Ronson' effect.

The distance scale is 3 inches equals 100 meters, with movement and ranges at normal movement speeds and effective weapon ranges, not the fastest speed or longest range. There are enough small arms stats given that you should be able to recreate any Team that does, or ever will, exist. Combat Quality is self-explanatory. Remember that even the worst-trained troops have an advantage over mobs and militia. Hit Results and Damage Tables reflect research into various battles and small-unit actions. So go ahead. Experiment. Have fun. Learn something.

If you don't like a rule, change it! I have had the opportunity to play with many gaming groups, unfortunately, that means I have also spent countless hours arguing over rules. So I will make this real simple, if you have a question about a rule that is unclear, resolve it by mutual agreement. Or roll a dice or flip a coin. But if you understand a rule, and simply don't like it, then change it or the Team's stats. Whatever. Instead of hours of debate or grumbling about the Armor or Penetration of a given AFV or weapon, if you think I've gotten it wrong, then by all means, adjust the stats. Experiment. Have some fun. Learn something.

Or e-mail a question or visit the CAC web site: www.combatactioncommand.com

Double Time Movement and Double Rate of Fire are factored into the CAC interrupt mechanism but without lots of detailed rules. If you want to move Double Time, use CAC to get a second move during the Fire Phase. Or, if you want a higher rate of fire, use CAC to fire in the Move Phase. CACs reflect the reality that you can move faster or shoot more, but not both during a turn.

Finally, some rule prohibitions were made just to keep the things simple. One example: Forward Air Controllers call Air Strikes using Sighted Fire and NOT Suppressing or Searching Fire. You really can't bomb anything that moves or looks funny, although doubtless some FACs did call in air strikes on suspected, rather than actual, enemy positions. However, if you want to make a house rule, go right ahead. As you should expect by now, I hope you: Experiment. Have some fun. Learn something.

Every set of rules uses unique vocabulary and CAC is no different. Here's a quick reference:

(2d6 Accuracy): The basic accuracy of a gun firing Direct Fire HE or AP; to this number you add/subtract all applicable Modifiers on the Firing Team's Data Card. You must roll less than or equal to this number on 2d6 to score a Hit.

Aiming Point: Center of Template placed on the spot you aim an Air Strike, Artillery Barrage or Direct Fire HE (HE).

Air Strike: a single bombing, rocket attack or strafing run made by an Aircraft Team.

Artillery Barrages: An archaic WWI term which is useful to define Off Table Artillery fire using a Template "Called In" by a FAO; same as "Fire Mission" in modern military jargon.

Base Contact (also base-to-base contact): When Friendly and Enemy Team bases, or the actual miniatures or models, are physically touching.

CAC: Combat Action Command, let's you Fire during a Move Phase or Move during the Fire Phase. Also allows FAO/FAC to call in Artillery Barrages/Air Strikes.

Combat Command: All teams under your command. Your Combat Command will also have a Combat Quality (CQ) Rating based on CQ Rating of all teams in the command.

Cover: There are four Cover Classes, to provide Cover a Terrain Feature must be at least as large as the Team (or its Base):

Critically Wounded (Critical Markers): Teams that have lost greater than 50% of their Strength Points get a Critical marker and fire at half effect and move at half speed.

Data Card: The half page "card" that shows all of the key statistics and information needed to play and fight with a team. Note that Troop Teams have all of the stats for a standard Platoon listed on one card.

Direct Fire HE (HE): Direct LOS Fire with High Explosive Shells - (written as HE).

FAC (Troop Team): Forward Air Controller (Team) calls in Air Strikes and/or Combat Air Patrol (CAP) Missions; in some scenarios an FAC may be in a plane in which case it is an Aircraft Team with the FAC capability listed on its Data Card.

FAO (Troop Team): Forward Artillery Observer (Team) calls in Artillery Barrages and/or Counter Battery Fire; in some scenarios an FAO may be in a plane in which case it is an Aircraft Team with the FAO capability listed on its Data Card.

Firing Team: Team that is firing at a Target Team.

LOS (Line of Sight): Direct line between two teams or between a team and object.

Personal Combat (PC): up close and "personal" combat at close range with knives, picks, shovels, pistols and hand grenades by Teams in Base Contact. Also known as hand-to-hand combat, or melees. Only Troop Teams may initiate Personal Combat.

Scatter Die: A standard Scatter Die rolled to determine the Deviation Direction of an Artillery Barrage or Air Strike.

Side A & Side B: regardless of the number of people playing or armies represented, there can only ever be two Sides in CAC. The winner of initiative determines whether to be Side A or B.

Spotting: You must "Spot" an Enemy Team to shoot at it or for a FAC or FAO to call an Air Strike or Artillery Barrage in on it. There are several categories of being "Spotted" and each category has restrictions as to what can shoot. (see Table 1.1 in section 7.0).

Target Team: An Enemy Team that is being fired at by a Firing Team.

Terrain Feature: A single piece or patch or area of terrain: for example; a building, ruins, bridge, patch of woods, or hill.

Wounded: Team that has lost less than half of its Strength Points from the fire of one Enemy Team. A wounded marker counts as one strength point loss for all future damage and hit results resolution. 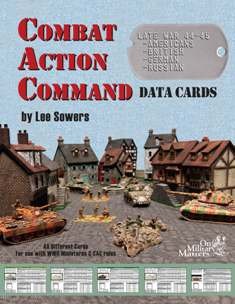 by Lee Sowers
Item: 197291D
Cost: $19
Supplement to Combat Action Command rules provides 44 new data cards covering 1944-1945 tanks, vehicles, and troops AND Tournament rules. These clever cards do most of the work for the wargamer with training, morale, experience, and weaponry incorporated seamlessly into game play. Learn how to use one card and you learn them all. These 44 cards cover US, British, German, and Soviet tanks, guns, vehicles, and platoons. Cards included: 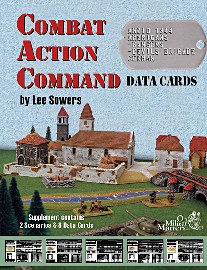 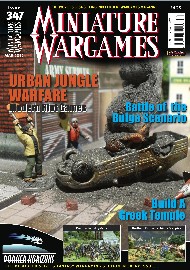 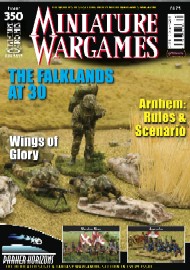 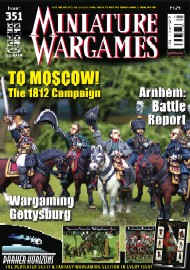 A clever set of rules written by Sowers, who adapted his modern version that taught tactics to Delta Force, NY City SWAT, and various army units into a WWII set of rules. Can be played with nail-biting gusto on a three foot square area. Data cards carry all the necessary info -- newbies learn quick how to play, grognards use historical tactics to achieve victory.