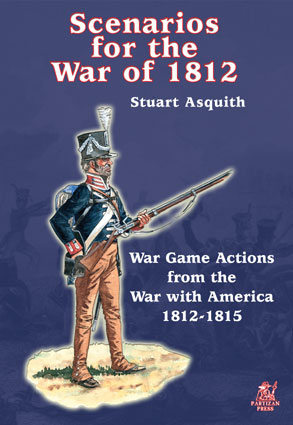 This scenario booklet has been written and designed with the wargamer in mind, and provides twelve actions from the War with America 1812-1815 as tabletop scenarios.

The War with America 1812-1815 saw British and Canadian forces vying with Americans for the possession of huge tracts of fledgling Canada. America declared war on 19th June 1812. The main theater of operations during the conflict was the Great Lakes-St. Lawrence River border between America and Canada, and the central part of that theater was the Niagara Peninsula.

The actions featured are: