DEFENDERS OF THE FRONTIER: Colonel Henry Bouquet and the Officers and Men of the Royal American Regiment 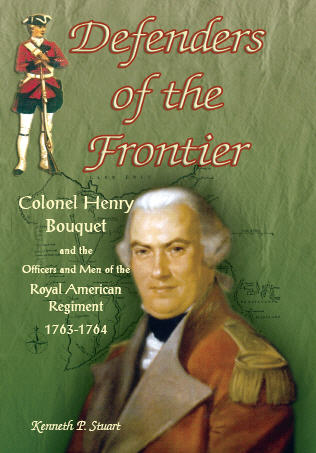 Swiss-born Colonel Henry Bouquet remains one of the most unappreciated British Army officers from the pre-Revolutionary War period in North America. During the uneasy peace that followed the French and Indian War, Bouquet and his Royal Americans, along with troops from the Black Watch and Highland regiments, protected and rescued settlers on the western frontiers of Pennsylvania and Maryland from increasingly frequent Indian attacks. Bouquet's victory at Bushy Run and his triumphant march into the Ohio Country essentially halted the Indian uprising of 1763-1764. With patience, military discipline and tactical skill, he defeated a resourceful and deadly enemy.