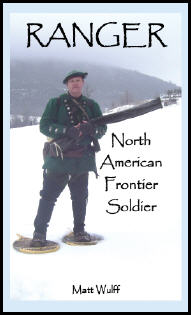 Once the colonization of North America began it would not take long for conflict to follow. The European Empires of France and Great Britain would wage war for almost a decade to decide which world power would control the continent. The French, through strong alliances with the various Native American tribes would integrate the Native's methods of waging war with their own to develop what would be known as 'La Petite Guerre', or 'The Little War'.

Raiding parties of French Partisan fighters and Native Americans would sweep down from Canada and attack isolated settlements along the frontier of the English colonies, then just as quickly melt back into the forest from which they came. The militia organizations of the English settlements were often caught unaware by the quick hit and run raids of the French and Indians.

A new type of soldier was needed that could provide security against these raiders from the north, a soldier that could fight the enemy on their own terms in the vast woodlands of North America. With this need, the Ranger was born. In this book Matt Wulff takes a look at some of the more famous Ranger units from the seventeenth and eighteenth centuries that risked their lives as 'Guardians of our frontiers.'