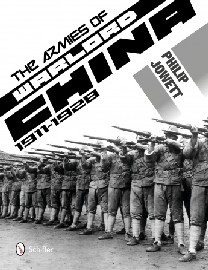 China in the 1910s and 1920s was dominated by a succession of military strongmen who fought with each other for the control of the country. Weak central government meant that provincial governors or Warlords and their personal armies were left to fight over the country. The wars that resulted cost millions of civilian deaths and the death of hundreds of thousands of ordinary soldiers.

In total a staggering 500 wars were fought over a seventeen year period from 1911 to 1928 starting with the fall of the Qing Dynasty and ending with the victory of the Nationalists in 1928. Some of these conflicts involved a few hundred men on each side, while the larger wars involved up to one million men with tanks, armored trains, and aircraft.

This book will, for the first time, show in detail the history of the Armies of Warlord China featuring over 600 rare photographs and illustrations. The book also includes color sections on the uniforms, aircraft and awards and medals of the Chinese Warlord Armies.