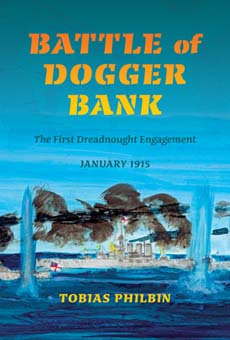 On January 24, 1915, a German naval force commanded by Admiral Franz von Hipper conducted a raid on British fishing fleets in the area of the Dogger Banks. The force was engaged by a British force, which had been alerted by a decoded radio intercept. The ensuing battle would prove to be the largest and longest surface engagement until the Battle of Jutland the following summer.

While the Germans lost an armored cruiser with heavy loss of life and Hipper's flagship was almost sunk, confusion in executing orders allowed the Germans to escape. The British considered the battle a victory; but the Germans had learned important lessons and they would be better prepared for the next encounter with the British fleet at Jutand.