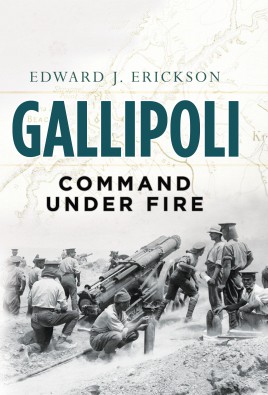 Unique among World War I campaigns, the fighting at Gallipoli brought together a modern amphibious assault and multi-national combined operations. It took place on a landscape littered with classical and romantic sites - just across the Dardanelles from the ruins of Homer's Troy. The campaign became, perhaps, the greatest 'what if' of the war.

The concept behind it was grand strategy of the highest order, had it been successful it might have led to conditions ending the war two years early on Allied terms. This could have avoided the bloodletting of 1916-18, saved Tsarist Russia from revolution and side stepped the disastrous Treaty of Versailles - in effect, altering the course of the entire 20th century.

This study focuses on operational and campaign-level decisions and actions, which drove the conduct of the campaign. It departs from emotive first-hand accounts and offers a broader perspective of the large scale military planning and maneuvering involved in this monstrous struggle on the shores of European Turkey.