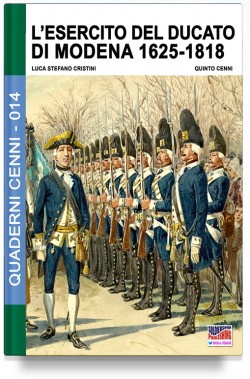 The Duchy of Modena was founded by the Marquis Obizzo d'Este, Lord of Ferrara, which already in 1288, tied to the Este family history of this city. The main branch of the family died out with the death of Alfonso II in 1597, with Ferrara left to the Church in 1598. The Church made Ferrara the capital of the Duchy of Modena and transported all the papers already in Ferrara.

After Francesco III and his successor Ercole III, Modena joined the Duchy of Massa and Carrara, later joining the Duchy of Este at the dawn of the French Revolution. In 1796, it was incorporated into subsequent French political creations.