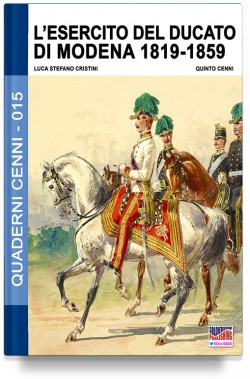 Since the fall of the Kingdom of Italy, the Duke of Modena, Francesco IV, had failed to arm a small army, but his successor Francis V, on the throne since 1846, did. The small army was closely linked and dependent on body of Austrian occupation in Lombardy-Venetia.

The army acquired a strong esprit de corps and a strong allegiance to the House of Austria-Este. Francis V abandoned Modena on June 11 1859, seven days after the battle of Magenta, as the Austrian army abandoned Lombardy to move under the fortresses of quadrilateral. The army of Francis V disbanded and was renamed Brigata Estense, numbering approximately 3600 men who were the last vestige of his army.