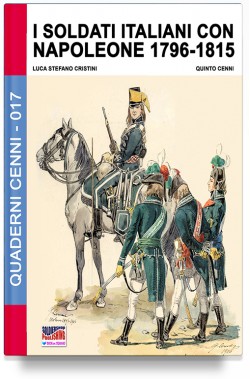 Many of these republics the following year joined the Cisalpine Republic with capital at Milan. The Italian flag was born in this area, for example, taking the French revolutionary tricolor, adopting the colors green, white, and red. The Republic eventually became the Kingdom of Italy, gravitating towards the Napoleonic sphere.