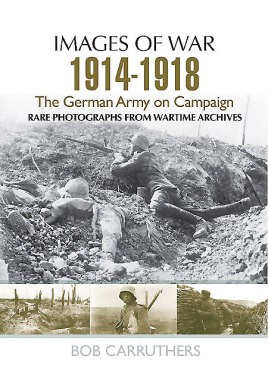 This new volume in the long-running Images of War series features the actions of the German Army on the Somme. The book is comprised of rare photographs illustrating the German Army fighting a dogged defensive war against superior odds on the Somme. It is accompanied by a powerful text written by Official War Correspondent Philip Gibbs, who was an eyewitness to the events. Photographs from the battlefield illustrate the terrible conditions, which the beleaguered German forces on the battlefield endured in the notorious engagement, which has become synonymous with vainglorious sacrifice.

This book incorporates a wide range of images that encompass the actions of the German infantry and their supporting artillery. Also featured are images, which depict the almost incomprehensible condition of the battlefield and the trenches after more than one million shells had been poured into the German lines. Portraits of the German troops are contrasted with surviving images of captured British prisoners of war and the endless battle to get the supply columns through to the front.