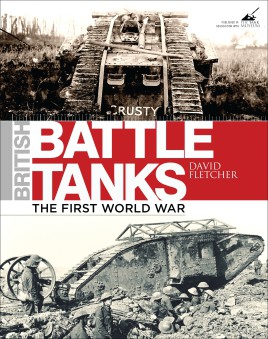 When British soldiers charged across the Somme in September 1916 they were accompanied by a new, revolutionary weapon - the tank. After a stuttering start armored behemoths such as the Mark IV, Mark V and Whippet Tank played a crucial role in bringing World War I to an end, but were then inexplicably rejected by their country of origin.

This comprehensive volume traces design and development, from the initial concept of a steam powered tank during the Crimean War to the role the British military played in creating the German Blitzkrieg tactic of World War II. Includes historic photographs and stunning illustrations.