SPY OF THE CENTURY: Alfred Redl and the Betrayal of Austria-Hungary 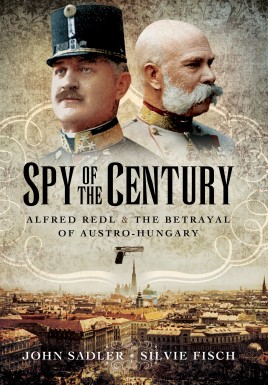 by Sadler, John and Silvie Fisch

During the night of 24 to 25 May 1913 three high-ranking military officials waited for hours outside a hotel in the center of Vienna. At around 2am, they heard the shot of a Browning. They knew that one of their own has just ended his life: Colonel Alfred Redl, the former deputy head of the Evidenzburo, the Austro-Hungarian General Staff's directorate of military intelligence, and confidant of the heir to the throne. His suicide note reads: 'Levity and passion have destroyed me.'

What no one had known: for almost a decade he had betrayed significant and damaging secrets to the Italians, the French and the Russians.

But what had been his motives? Redl owed everything to the army he deceived. Was he trapped into treason by blackmail? There were no definite answers for almost 100 years. The true story has only recently been reconstructed, after Austrian historians rediscovered long-lost records.