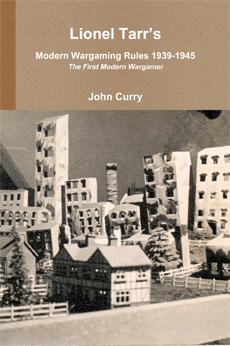 Lionel Tarr (1920-2003) is widely recognized as the first modern wargamer, modern being 1939-1945. He first came to prominence when his rules were published in 1962 in Donald Featherstone's classic book, War Games.

This book contains much previously unpublished material about the Tarr wargame and his epic decade-long WWII Eastern Front Russian Campaign. At the time, this wargaming campaign was almost as well-known at the time as Tony Bath's Hyborian campaign.

This book includes: The previously unpublished Tarr wargaming rules he first drafted in 1947 and modified until 1973; Donald Featherstone's 1962 summary of the rules; Reflections on the rules; Tarr's Armies: Russian and German Army ORBATs; Solo Wargaming Eastern Front Campaign; Wargaming the Battle of Stalingrad; and Air warfare on the Eastern Front.