BLOODY APRIL 1917: An Exciting Detailed Analysis of One of the Deadliest Months in WWI 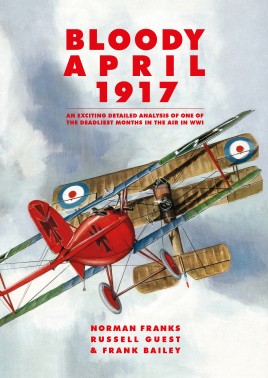 By April 1917, the British and French were again about to launch yet another land offensive, this time on the Arras Front. This would be the first opportunity to launch a major offensive since the winter and would require enormous support from the Royal Flying Corps and French Air Force.

However, the air offensive was to be countered fiercely by the new German Jagstaffeln - Jastas - that had been the brainchild of Oswald Boelcke in 1916. By the spring of 1917, the first Jasta pilots, with new improved fighters - the nimble Albatros DIIIs - were just itching to get to grips with their opponents over the Western Front. What followed was a near massacre of British and French aircraft and crews, which made April the worst month for flying casualties the war had yet seen. Here is a day-by-day, blow-by-blow account of these losses, profusely illustrated with original photographs and expertly told.