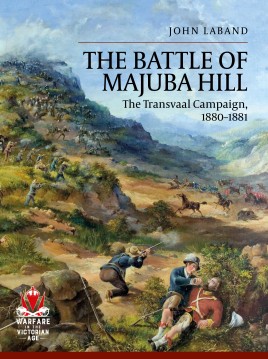 The ignominious rout of a British force at the battle of Majuba on 27 February 1881 and the death of its commander, Major General Sir George Pomeroy-Colley, was the culminating British disaster in the humiliating Transvaal campaign of 1880-1881 in South Africa. For the victorious Boers who were rebelling against the British annexation of their republic in 1877, Majuba became the symbol of Afrikaner resistance against British imperialism.

On the flip side, Majuba gave the late Victorian British army its first staggering experience of modern warfare and signaled the need for it to reassess its training and tactics. Includes 1 color photo, 1 color illustrations, 35 b/w photos, 14 b/w illustrations, and six maps.