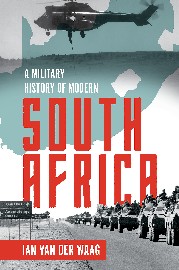 Twentieth-century South Africa saw continuous, often rapid and fundamental socioeconomic and political change. The century started with a brief but total war. Less than 10 years later, Britain brought the conquered Boer republics and the Cape and Natal colonies together into the Union of South Africa.

The Union Defence Force (UDF, later SADF), was deployed during most of the major wars of the century as well as a number of internal and regional struggles: the two world wars, Korea, uprising and rebellion on the part of Afrikaner and black nationalists, and industrial unrest. The century ended as it started, with another war. This was a flash point of the Cold War, which embraced more than just the subcontinent and lasted a long, thirty years. The outcome included the final withdrawal of foreign troops from southern Africa, the withdrawal of South African forces from Angola and Namibia, and the transfer of political power away from a white elite to a broad-based democracy.

This analyzes the South African armed forces as an institution and of the complex roles that these forces played in the wars, rebellions, uprisings, and protests of the period. It deals in the first instance with the evolution of South African defense policy, the development of the armed forces and the people who served in and commanded them. It also places the narrative within the broader national past, to produce a fascinating study of a century packed full of episode and personality in which South Africa was uniquely embroiled in three total wars.