BATTLE OF KILLIECRANKIE 1689: The Last Act of the Killing Times 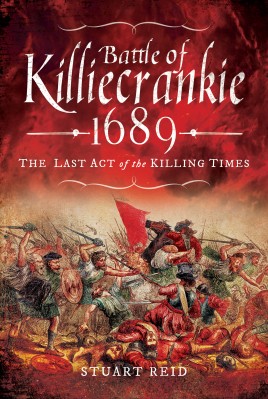 In the 50 years of Scottish history dominated by the Jacobite Risings, the last battle, Culloden in 1746, is deservedly remembered as a national tragedy, but the first battle on the braes of Killiecrankie was unquestionably the most dramatic.

It was very much a Scottish battle. The later Jacobite risings would be launched against kings and governments in London. Killiecrankie, on the other hand, pitted Scot against Scot in the last bloody act of the bitter religious struggle known as 'The Killing Times.'

Killiecrankie saw the first, and most successful, Highland Charge, as the clansmen broke the line of the Government's redcoats 'in the twinkling of an eye,' and the outnumbered Jacobites achieved a stunning victory. The Highlanders, however, suffered debilitating losses of almost one third of their strength, and their leader, John Graham the Viscount of Dundee, was killed.

The Jacobites continued their advance until stopped by Government forces at the Battle of Dunkeld a little more than three weeks later. Though the Jacobites had failed, the struggle of the Highland clans to return the Catholic James and his successors to the throne of Scotland and England would continue for the next two generations.