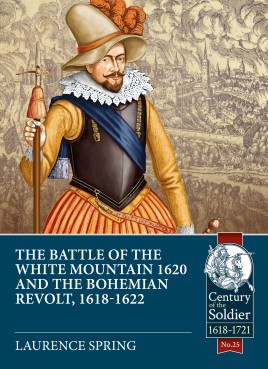 Battle of the White Mountain and the Bohemian Revolt, 1618-1622 examines the battle, campaigns, and events leading up to the battle, such as the Bohemian Army's march on Vienna, the sieges of Pilsen and Bautzen and the battle of Zablat. These events are often described using the words of the protagonists themselves. Includes 8 pages of color plates and 26 b/w illustrations.

It also examines the armies that took part in these campaigns, the soldiers from which came not only from Bohemia, but also Britain, the Dutch Republic, France, the Holy Roman Empire, Hungary, Poland, Spain, the Spanish Netherlands and Transylvania.

However, even before the battle of the White Mountain the seeds had been sewn for the war to last 30 years and such was the Emperor Ferdinand's Counter Reformation policy that when the sword which executed some Bohemian rebels when on display in the nineteenth century it had to be removed for fear of a public disturbance.