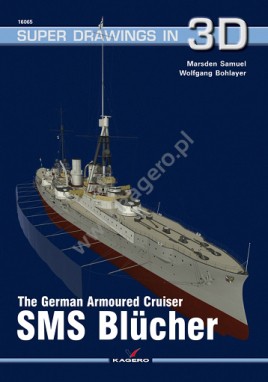 When the Germans learned of the true details of these new British ships, called Invincible class, and that they were to be armored with 12-inch battleship guns, they realized that the Invincible class was a completely new type of warship, soon to be known as battlecruisers. By the time the Germans learned of this it was too late to turn back and construction of the Blucher took place as scheduled. The ship was named after the Prussian Field Marshal Gebhard von Blucher, the commander of the Prussian forces at the Battle of Waterloo in 1815. Includes 166 profiles, double-sided A2 sheet with modeling plans.