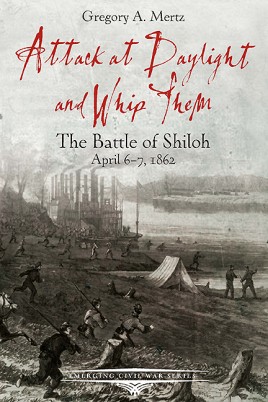 The Confederate plan on the morning of April 6, 1862 was to attack at daylight and beat the unsuspecting Union Army of the Tennessee. A brutal day of fighting ensued, unprecedented in its horror-the devil's own day, one union officer admitted. Confederates needed just one final push.

Grant did not sit and wait for that assault, though. He gathered reinforcements and planned a counteroffensive. On the morning of April 7, he intended to attack at daylight and whip them. The bloodshed that resulted from the two-day battle exceeded anything America had ever known in its history.