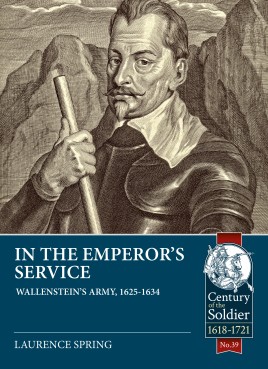 Albrecht von Wallenstein was a poor nobleman who rose to become the Duke of Friedland and Mecklenburg in the Thirty Years War. Many see his assassination at Eger in 1634 as the end of the 'interesting' period of the war, since he was the last of the war's titans to be killed.

However, his army continued to serve the Emperor loyally to the end of the war and a few regiments existed well into the 20th century to see action in WWI as part of the Austrian Army and, after the Austrian Anschluss of March 1938, in the German Army during WWII.

Using archive and archeology sources, this book provides a vivid account of what life was like for a soldier in Wallenstein's Army. Chapters include recruiting, logistics, regimental colors, the arms industry, Wallenstein's tactics at the Battle of Lutzen, and case studies on siege warfare using Stralsund and the Alte Veste as examples.