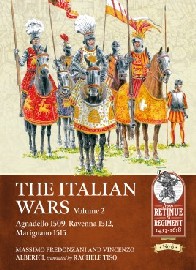 The League of Cambrai was an alliance created in December 1508 among the main European powers with the purpose of halting the expansion of the Republic of Venice. The war that followed was one of the major conflicts in the Italian wars, lasted from 1508 to 1516, and saw several stages.

The major States involved were the Kingdom of France, the Pontifical State, and the Republic of Venice. They were augmented by the European powers of Spain, England, Scotland, the Holy Roman Empire, and the Kingdom of Hungary, and several minor States, such as the Dukedom of Milan, the Republic of Florence, the Dukedom of Ferrara, the city of Mantua, and the Swiss cantons. Includes 41 b/w illustrations, eight pages of color artwork, and seven b/w maps.