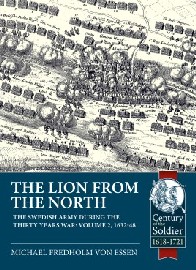 Describes and analyses the early modern Swedish army, with a particular emphasis on the reforms introduced by King Gustavus Adolphus before and during the Thirty Years War. Also expands our understanding of the Swedish army during the Thirty Years War with focus on its operations on the eastern front against Russian and Polish opponents as well as the better-known operations in Germany against the Catholic League and the Holy Roman Empire.
While the army of Gustavus Adolphus has been described elsewhere, the book includes current research that has not yet appeared in the English language. Includes 119 b/w illustrations, 10 b/w maps, 15 tables, 32pp color plates