BATTLE OF PELELIU 1944: Three Days That Turned into Three Months 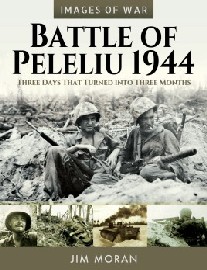 The Palau Islands formed part of Japan's second defensive line, and Peleliu's garrison amounted to more than 10,000 men. Consequently, when the US preliminary bombardment began on 12 September 1944, it was devastating. For two days the island was pounded relentlessly. Such was the scale of the destruction that the commander of the 1st Marine Division, Major General William H. Rupertus, told his men: 'We're going to have some casualties, but let me assure you this is going to be a fast one, rough but fast. We'll be through in three days - it may only take two.'

At 08.32 hours on 15 September 1944, the Marines went ashore. Despite bitter fighting, and a ferocious Japanese defense, by the end of the day the Marines had a firm hold on Peleliu. But rather than Japanese resistance crumbling during the following days as had been expected, it stiffened, as they withdrew to their prepared defensive positions. The woods, swamps, caves and mountains inland had been turned into a veritable fortress - it was there where the real battle for possession of Peleliu was fought.

Day after day the Americans battled forward, gradually wresting control of Peleliu from the Japanese. Despite Major General Rupertus' prediction, it was not until 27 November, after two months, one week, and five days of appalling fighting, and a final, futile last sacrificial charge by the remaining enemy troops, that the Battle of Peleliu came to an end.