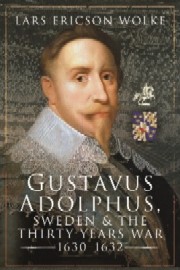 As one of the foremost military commanders of the early 17th century Gustavus Adophus, king of Sweden, played a vital role in defending the Protestant cause during the Thirty Years War. In the space of two years - between 1630 and 1632 - he turned the course of the war, winning a decisive victory at the Battle of Breitenfeld and conquering large parts of Germany.

The book sets Gustavus in the context of Swedish and European dynastic politics and religious conflict in the early seventeenth century, and describes in detail Swedish military organization and Gustavus's reforms. Includes his intervention in the Thirty Years War is covered in graphic detail - the decision to intervene, his alliance with France, his campaigns across the breadth of Germany, and his generalship at the two major battles. His exceptional skill as a battlefield commander transformed the fortunes of the Protestant side in the conflict and established him as a major European figure before his death on the battlefield.