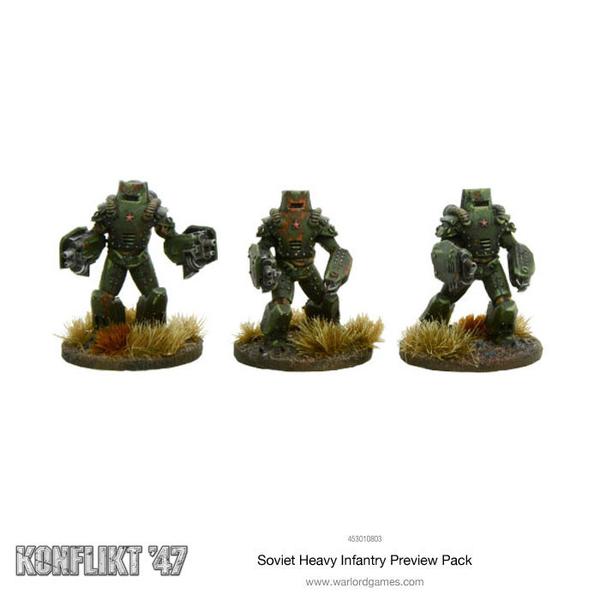 In a rush to keep up with their foes, Soviet infantry armor was developed quickly and put into use not long after their rivals. Cumbersome and bulky, the Soviet suits lack subtlety, but their effectiveness is not disputed. Unlike other nations, the Soviet heavy infantry is considered more of an anti-vehicle unit.

Slow but resilient tank hunters, squads usually consist of an NCO and 4 to 9 men, 4 of which can replace their assault weapon with a dual weapon pack!