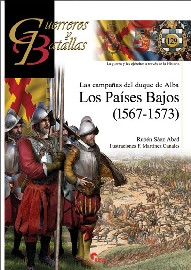 There may be little doubt that, although he had already had a long military career behind him, Fernando Alvarez de Toledo is mainly known at European level for his period of command in the Netherlands. Sent there initially for a short time, he had to spend six years playing political work for which he was not prepared.

As a general he demonstrated his prowess by defeating the Protestant rebels in Jemmingen and in Jodoigne, recovering Mons, looting Mechelen or taking Haarlem. However, as governor, he had to confront the complicated and changing game of alliances that had always characterized central European politics. And to make matters worse, he stole the financial resources with which to carry out his work, having to resort to the imposition of taxes Manu Militarii.