The Armies of the Schmalkaldic War 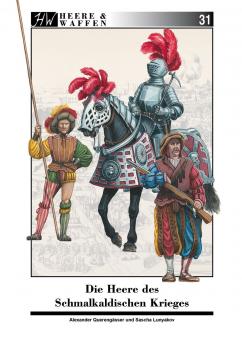 In the middle of the 16th century, the Holy Roman Empire was shaken by a series of conflicts that anticipated the sectarian conflicts of the Thirty Years' War. In 1546/47 the Schmalkaldic League rose up against Emperor Charles V. After some inconclusive campaigns, the troops of the Confederation were decisively defeated in 1547 in M?ulberg, Saxony. When a little later the emperor's most important ally, Moritz of Saxony, sided with the unruly Protestant princes, a new uprising against the emperor took place in 1552, which could only be resolved by the Augsburg religious peace.