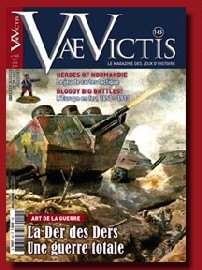 La Der des Ders (The War to End All Wars)

When World War I broke out in August 1914, soldiers on both sides dreamed of a rapid conclusion. Unfortunately, the years that followed contained only tears and mud, horror and death. Starting as a European conflict, it quickly spread to the rest of the world. Militarily speaking, the innovations were numerous and were made possible by an industry fully committed to the war effort. As a single player or facing off against an opponent, will you succeed in taking advantage of the events that mark these four long years? Can you develop your armies faster than the enemy? Victory is not a fantasy but rather the reward for the side that can exploit every opportunity.