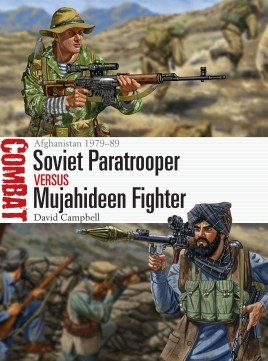 In 1979 the Soviet Union moved from military 'help' to active intervention in Afghanistan. Four-fifths of the Afghan National Army deserted in the first year of the war, which, compounded with the spread and intensification of the rebellion led by the formidable guerrilla fighters of the Mujahideen, forced the Soviets to intensify their involvement.

The Soviet army was in generally poor condition when the war started, but the troops of the airborne and air assault units were better trained and equipped. As a result they developed aggressive, sometimes effective tactics against an enemy that refused to behave the way most Soviet commanders wished him to.

Featuring specially commissioned artwork, this absorbing study examines the origins, combat role and battlefield performance of the Soviet Union's paratroopers and their Mujahideen adversaries during the long and bloody Soviet involvement in Afghanistan during the 1980s.