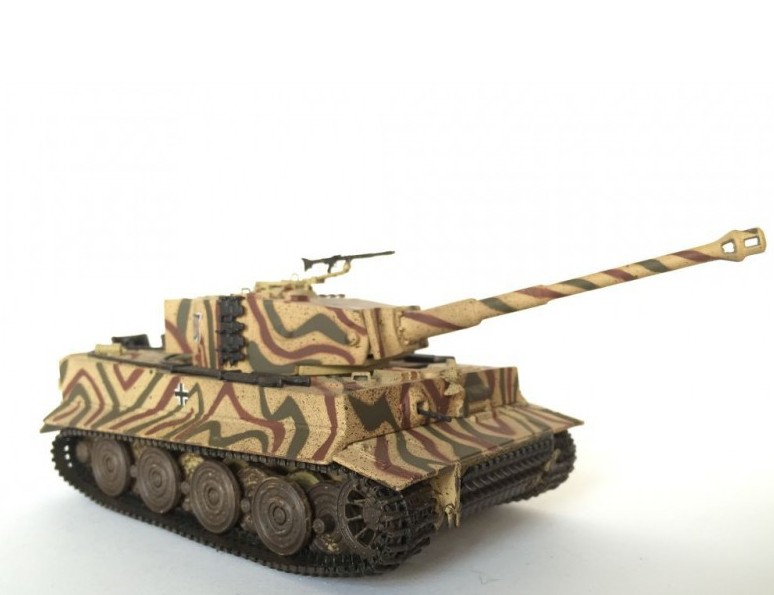 Production of the Tiger began in August 1942 and by August 1944, 1,355 of these tanks had been built. The 88mm main gun proved a powerful anti-tank gun, but the superior mobility of Allied tanks allowed them to attack from behind or from the side in the hope of brewing up a Tiger. The influence of Tiger tanks on allied morale grew to almost mythical proportions and was known as 'Tigerphobia.'

The Corgi Military Vehicles range presents highly-detailed, ready-made die-cast models of military vehicles. Corgi die-cast tanks require no gluing or painting. Each model is an instant display piece or diorama centerpiece straight from the box. Made from die-cast metal, die cast tanks from Corgi are 100% true to scale -- these don't look like model tanks, they look like tanks. Color, camouflage, and unit markings are carefully researched for maximum authenticity.