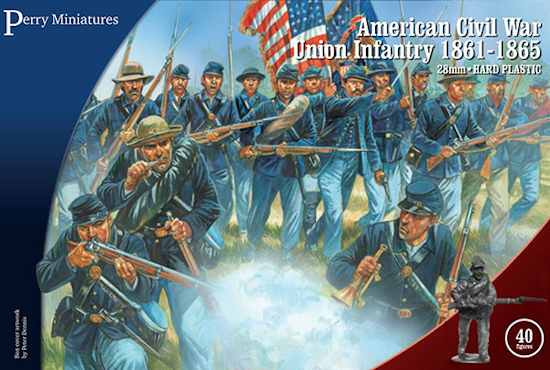 Contains: 40 figures, unit bases, flags, and painting guide. The figures in this box represent the bulk of the Union infantry forces during the Civil War. The figures are in the four-buttoned sack coat, which was the most common type of coat worn by Federal troops during the war. The set also contains both forage caps and board-brimmed hats for all the figures.

With this set, you can have up to 30 infantry charging, or 30 'right shoulder shift' plus a command of four figures and six figures in skirmish poses. However, there are many variations which can be built with this set, with additional skirmishing arms on the 'main' infantry sprue and various arms on the command sprue.