AMIENS 1918: From Disaster to Victory 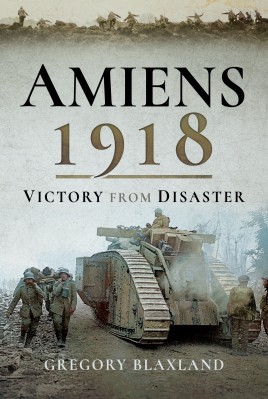 Concentrates on the British and Dominion troops of the BEF during 1918. The first half is taken up with the attack on Amiens (and, to a lesser extent, on Arras). The second half provides a cohesive account of the British response in retaking the initiative from the Germans. Also includes critical commentary of the performance of armies and generals and 32 black and white illustrations.

In 1918, despite almost destroying Fifth Army and advancing within ten miles of the crucial rail head city of Amiens, the Germans failed to take the city. Reinforced by substantial numbers of American troops, the allies launched a successful counterattack on 18 July. Shortly afterwards, on 8 August, the BEF (with some French support) attacked with Fourth Army before Amiens and was stunningly successful -- what Ludendorff described as the 'Black Day of the German Army'. There followed a sequence of blows by all the allies along the Western Front, pushing the Germans back to the borders.