SIEGE OF VIENNA, THE 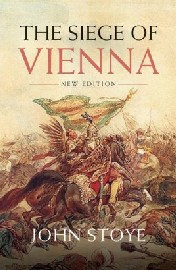 Classic account of the last threat to the Western states by the Turks. Details the campaign, map, b/w illust, index, and biblio.

The Siege of Vienna in 1683 was one of the turning points in European history. It was the last serious threat to Western Christendom and so great was its impact that countries normally jealous and hostile sank their differences to throw back the armies of Islam and their savage Tartar allies.

The consequences of defeat were momentous: the Ottomans lost half their European territories and began the long decline which led to the final collapse of the Empire, and the Hapsburgs turned their attention from France and the Rhine frontier to the rich pickings of the Balkans. The hot September day that witnesses the last great trial of strength between Cross and Crescent opened an epoch in European history that lasted until WWI cataclysm.